Phew!  What a crazy day!

Today, my adventures took me to Poland.  I didn't get a whole lot of time to explore this country, but boy did my adventure there turn out to be unexpectedly crazy!

It all started out like a normal day of site seeing with my friends  We grabbed a picnic lunch in Forst, a little village just west of the Germany/Poland border, then headed across the border.  I was surprised to find that crossing the border into Poland was relatively painless (in fact, extremely painless).  There weren't any border stations or patrol people or anything.  We just had to pull over at a gas station to get a vignette sticker so that we could drive on their expressways.  I guess they're leaving the borders open because of the European Union arrangement, but they've left their border patrol buildings up just in case it doesn't work out as planned.


As I continued to head east toward my destination in the town of Zagan.  I got to experience a bit of the Soviet Union left over from the days when Poland was under Soviet control.  Driving on Soviet-built roads is like riding a wild horse on a roller coaster.  Not a single inch of that road was smoothly paved.  It looked like someone had used asphalt to build a sidewalk and expected you to drive on it.  We didn't dare drive too fast because we wouldn't want to ruin the car.  After being jostled around for a bit, we finally found another smoother road that lead in (more or less) the same direction.


Poland, despite the ridiculously bumpy roads, is a lovely country filled with green fields, tall trees, and other such picturesque landscapes.  I found it particularly interesting that all of the smaller roads were lined with little trees, and that some of those trees had the Polish flag painted on them.

Anyway, we finally arrived at our destination of Zagan, and immediately set out on a new quest: to find the location of the Stalag Luft 3 prisoner-of-war camp.  If you're a fan of The Great Escape (either the movie or the book), that name should sound familiar to you.  And for good reason.  Stalag Luft 3 is where the real Great Escape took place.  And, in case you're wondering, "Stalag Luft" basically translates to "a prisoner-of-war camp for pilots".

I'll admit, Stalag Luft 3 is the whole reason we went to Poland in the first place.

Finding it, however, became an issue because the directions to the site (and the museum that now sits where the camp used to be) are not clearly marked...AT ALL.  At first, it felt like we were going in circles.  Then we finally found a road sign pointing us in the direction of Stalag Luft, which led us down a rough and bumpy dirt road through a sparsely populated region of the Zagan area.

Our tour guide commented that the surrounding woods reminded him of the Blair Witch Project, so I couldn't help but ask if we were in any danger of getting eaten by zombie witches.  I believe everyone thought that was funny.

Just when we were starting to get convinced that we were heading in the wrong direction, we came upon a paved main road with another sign pointing in the direction of Stalag Luft.  Ironically, this sign also led to a bumpy dirt road through the Polish woods.  So, there we were again, in the middle of nowhere, hoping against all hope that our adventure would prove fruitful.

Our tour guide sarcastically stated that when we [eventually] found Stalag Luft 3, it would be right off a main road with a large and clearly marked sign.

No sooner had he said this when we came upon a main road, and there — to our relief and annoyance — was Stalag Luft 3 and its resident museum on the side of the road with a large and clearly marked sign!  I'm still wondering why they don't just tell people to take that main road to get there... 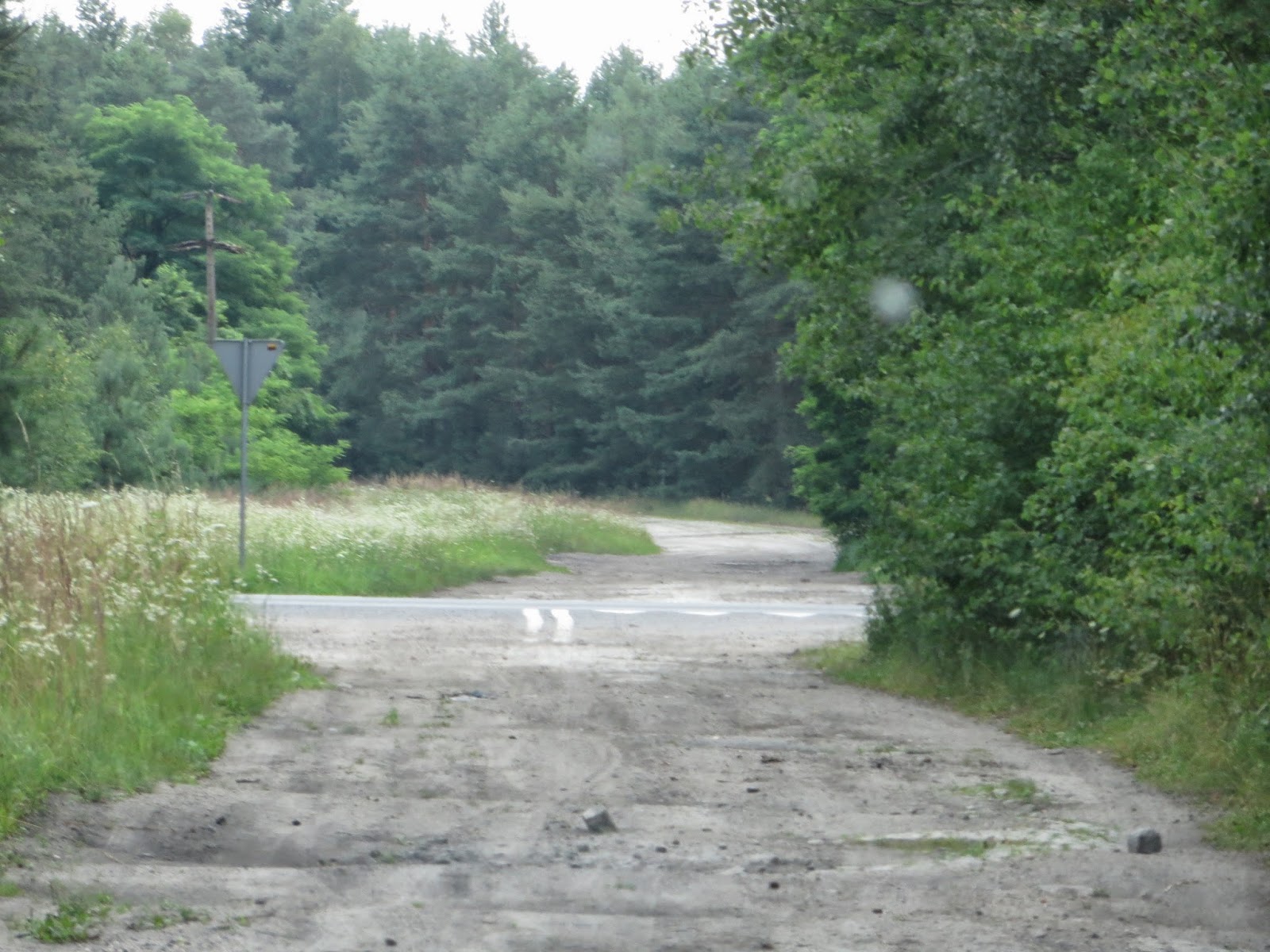 Conveniently, there was a nice little set of picnic tables right next to the camp, so my friends and I sat down for our lovely picnic lunch mere feet away from the replica of Barracks #104.  I'll admit it felt a little weird to be eating lunch in the shadow of a POW camp (even though it's only a replica).

The camp, or what's left of it, is located in a surprisingly lovely patch of bright green Polish forestland.  Zagan was the ideal location for Stalag Luft 3 because the Luftwaffe was headquartered there during the Second World War.  There's still a large military compound in Zagan today, but now it is run by the Polish army instead of the Germans or the Soviets (both of whom have held claim over the area in the past).


The Stalag Luft 3 museum also contains information and artifacts recovered from the site after the War.

Inside the replica of Barracks #104, they had some of the rooms set up to look like they would have looked during the war.


Suffice it to say that the Great Escape put Stalag Luft 3 on the map.

So, is Stalag Luft 3 worth a visit?

In my opinion, yes...if you have the time, a picnic lunch, and aren't expecting too much.  It's a small memorial and museum, but it's still quite interesting.  The staff is more than happy to show you around the museum and answer questions.  The artifacts and exhibits are pretty cool (if you already know something about the Great Escape).

A word of advice: don't follow the road signs.  The way to Stalag Luft 3 is terribly marked (hence the crazily bumpy forest drive mentioned earlier).   Look up the route on Google Maps or some other online map system.  Trying to find and follow the signs that are out there is extremely difficult.  Take it from the Plushy Hobbit who's been there.

Email ThisBlogThis!Share to TwitterShare to FacebookShare to Pinterest
Labels: Germany 2014

LynZ
Hi! I'm a Christian, LOTR-fanatic, film student, here to share my thoughts with you about movies, media, and whatever I decide to share.